You are here: Home1 / Blog2 / News3 / 10 Reasons the Irish are THE Best Football Fans in Europe 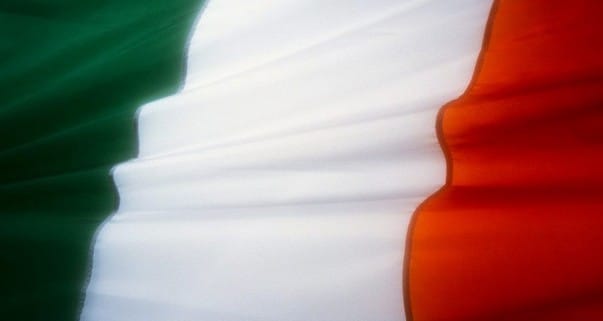 No matter how far we get in this competition, there’s one thing we can be certain that Ireland has won: The internet. Irish football fans have been making headlines all over Europe for their acts of sheer kindness and craic.

Watch these 10 videos and find out exactly why the Republic of Ireland is home to THE best football fans in Europe, if not the world.

1. On a train, they sang ‘Twinkle Twinkle Littlie Star’ to send a baby to sleep

Family values don’t go out the window, even if they are on a footy holiday with the lads.

2. They changed the tyres for an elderly couple in Paris

After spotting that this elderly couple needed a helping hand, our boys in green stopped to give them exactly that.

3. They sang a song to pay tribute to the Northern Irish fan who sadly died in Nice

In the 24th minute of the game against Ireland, fans sang “Stand up for the Ulstermen” in his memory.

4. They made best friends with Sweden

Warming up before the match, Irish and Sweedish fans took to the streets to engage in a matador dance off. Because… why not?

5. They serenaded a French woman with love songs

After a french beauty caught their eye, Irish fans made their feelings known in the only way they know how.

6. They found a new mascot and showed him nothing but love

Living above an Irish pub is bound to have it’s perks, but this unsuspecting neighbour became a 5-minute celebrity after peering out of his balcony to see what all the ruckus was about, only to be greeted with gleeful cheers from Irish football fans. Every time he went back indoors, the crowd booed, with bigger cheers meeting him each time he re-appeared.

7. When it was time to call it a night, they cleaned up after themselves

We know how to have a craic – but we do it responsibly. Clean up for the boys in green!

8. They helped commuters get through the congested streets of France

This man needed to get somewhere, so our boys lent a helping a hand.

9. They sang Westlife on the plane to France

The most appropriate place to bring back a timeless oldie.

‘Go back to your sexy wives’ – hardly insulting!

As for the best fans at Euro 2016, the hordes following our Boys in Green in Lille, we’re keeping all fingers crossed that we can keep the party going on for longer…

Gibson & Associates Sponsor 4 Week GAA Fundamentals Course
Scroll to top
We use cookies to ensure that we give you the best experience on our website. Click to consent to the use of this technology across the web. You can change your consent choices at any time by returning to this page/website.I ACCEPTPrivacy policy