You are here: Home1 / Blog2 / News3 / Have You Been the Victim of Unfair Dismissal? Ireland 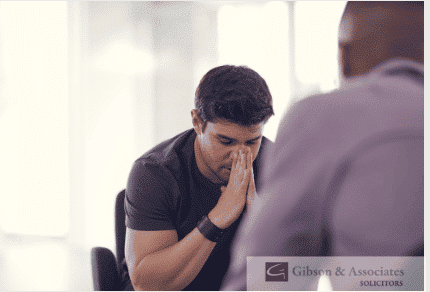 Have You Been the Victim of Unfair Dismissal?

Has your employment contract been terminated? If your employer failed to follow the correct protocol, you could be the victim of unfair dismissal. This would permit you to make a claim under the Unfair Dismissal Act.

Read on to find out more about employee rights and unfair dismissal.

What is unfair dismissal?

Unfair dismissal is when your contract of employment is terminated without good reason. A dismissal is presumed to be unfair unless your employer has substantial grounds to justify it. According to the law, a dismissal might be justified if:

If none of the above apply, your dismissal could be considered unfair.

There are certain grounds for dismissal that are automatically deemed to be unfair. This includes:

Of course, your employer may try to cover their backs by pointing towards a justifiable reason for your dismissal – when in fact you are being let go for one the reasons outlined above. For instance, your employer may dismiss you shortly after you announce your pregnancy, yet he/she may claim that it is because you are not competent.

That is why the law places the burden upon the employer to prove that a dismissal is justified. In the above example, your employer would have to show that you fall short of the standard required of you, and that this has been explained to you. You should be told what improvements are necessary and given a reasonable amount of time to make these improvements. Only if the correct procedures are followed – and there really are substantial grounds for a dismissal – can an employer legally sack an employee.

Claims of unfair dismissal often arise alongside a redundancy situation. In fact, redundancy is a fair reason for dismissal, but only if:

So, an employer cannot get rid of an unfavourable employee under the guise of a redundancy. Rather, there must be a bona fide reason for the redundancy. This could be that the company has stopped trading, is restructuring, or no longer requires that particular role.

Also, the employer must follow the correct procedures when deciding exactly who is going to be made redundant. It is not enough to simply pick on a particular employee – unless there is only one employee in the company or in that role. Instead, a selection criteria should be applied. For instance, it might be company practice to pursue a ‘last in, first out’ policy. Or, the decision could be based on employee attendance records. Any deviation from the selection criteria could amount to unfair dismissal.

Finally, employers must follow a set process when making an employee redundant. This includes consulting with him/her, looking for alternative roles, providing notice and providing redundancy pay. Again, a failure to follow the correct process could amount to an unfair dismissal.

Have I been unfairly dismissed?

Reading this, you might be wondering: have I been unfairly dismissed? The easiest way to confirm your legal position is to speak to our employment specialist . We can discuss the circumstances of your dismissal with you, establishing whether or not you have been the victim of an unfair dismissal.

If you have been unfairly dismissed, then you could be entitled to pursue legal action against your (former) employer. Indeed, employees are protected from unfair dismissal under the Unfair Dismissals Act 1977-2015. Should an employer be in breach of the law, then an employee is permitted to make a claim, either via the Workplace Relations Commission (WRC) or via the Labour Court.

If your claim is successful, then you will be awarded some kind of redress. This is typically a compensation award that reflects the financial losses you have incurred because of the unfair dismissal. It is also possible to have your job re-instated or re-engaged, although these remedies are rarely used because working relations are typically damaged beyond repair.

Who can claim for unfair dismissal?

You have been unfairly dismissed

Firstly, your dismissal must actually have been unfair. This seems obvious, but it is important to establish the basis for your claim at the outset. Otherwise you may pursue legal action that has little prospect of success.

As outlined above, there are certain grounds for dismissal that are automatically considered unfair. Some of the most common include unfair selection for redundancy, pregnancy/maternity leave, discrimination and religious/political opinions. Our employment specialist can confirm whether you have grounds for an unfair dismissal claim.

Your employer may deny that you have been dismissed. If so, you must provide evidence to the contrary.

You are an employee

Secondly, you must be an employee, as opposed to a contractor or self-employed person. Employees can work full-time or part-time. Agency workers are also covered by the legislation.

You have been employed for 1 year

Thirdly, you must have been continuously employed by the company for at least 12 months. Otherwise, you will not qualify for an unfair dismissal claim. There are some exceptions to this rule, including if you are dismissed on account of:

If none of the exceptions apply in your case, you may still have grounds for a different type of employment claim. For example, if you are dismissed due to your ethnicity, you may be able to make a discrimination claim.

You were dismissed less than six months ago

Finally, you must adhere to the time limits that are imposed on unfair dismissal claims. The law states that you must make a claim within six months, starting from the date of your dismissal. You may be allowed to extend this timeframe to 12 months, but only if there is a reasonable cause for the delay.

We are often asked: are part time workers covered by unfair dismissal laws?

The answer is yes, part-time works are covered by the Unfair Dismissals Act 1977-2015. This means that if you are a part-time employee and you are unfairly dismissed, you will be entitled to make a claim – just as any full-time employee would.

And what about agency worker unfair dismissal claims?

Agency worker unfair dismissal claims need to be assessed on a case by case basis. It might be possible to bring a claim against the employer who has hired you from the agency.

However, there are two exceptions to this rule. An apprentice unfair dismissal claim may be available if the dismissal relates to your:

Some unfair dismissal cases in Ireland are high-profile and involve high-earning individuals with senior roles. One example is a case that concluded in December 2019. The WRC ordered a tech company to pay a former Vice President €250,000 after his contract was abruptly terminated. The company had failed to comply with the rights and procedures contained in the company handbook.

Other unfair dismissal cases in Ireland do not make the news and involve individuals with a modest income. For instance, in January 2020, the Labour Court awarded €20,000 to a man who was unfairly dismissed from a call centre. He had been subject to disciplinary proceedings, but the Labour Court found shortcomings in the way these proceedings had been conducted.

Therefore, it does not matter what role you occupy or what company you work for. You do not have to earn a six-figure salary. If you have been unfairly dismissed, you deserve redress for the financial losses you have experienced.

The WRC or Labour Court will calculate exactly how much you should receive based on your:

Speak to our employment Specialist now

If you have recently been dismissed from your job, we understand the frightening position you find yourself in. You will suddenly need to find alternative employment, but meanwhile you must find a way to cover your outgoings. To make matters worse, you will probably be angry at being let go, and may be trying to determine what exactly you can do about it.

That is where we can help. The employment Specialist at Gibson & Associates can listen to the circumstances of your dismissal. Then, we will offer clear advice as to whether or not your dismissal was unfair. If so, we can manage the claims process on your behalf, getting the justice you deserve.

Sometimes, a resolution can be settled outside of court, whether through negotiation or a Settlement Agreement. Other times, a complaint must be made to the WRC, or action taken through the civil courts. We can recommend the best course of action in your particular case.

Complete our online enquiry form below and we will we in contact with you!

Are you one of the 400,000 Customers who were affected by the British Airways...

Our recent survey on ‘New mothers mental health’ which is featured...
Scroll to top