You are here: Home1 / Blog2 / News3 / New Visa Scheme for Immigrants In Ireland.

Between 3,500 – 5,500 undocumented immigrants in Ireland could benefit from a new visa scheme. The special scheme was announced today by Minister Flanagan (Justice & Equality). This will benefit you, if you’re a Non-EEA resident that came to Ireland to study on a student visa between January 2005 and December 2010.

It is thought that this represents a significant cohort of undocumented persons currently in the state — groups referred to as settled migrants. Many of these individuals have become undocumented by losing their previous visa (permission to stay in the state).

After two Supreme court cases, the Government made plans to address the issue facing undocumented immigrants. But, there is only a three month window of opportunity for application from today 15th October 2018 and 20th January 2019.

Qualification for the visa:

Eligible applicants are non-EEA nationals, resident in the State who held a valid student permission during the period of 1 January 2005 to 31 December 2010, and who have not in the intervening period acquired an alternative immigration permission.

How to apply for the Visa:

INIS has launched an online application form, there is a non-refundable fee of €250. Successful applicants will be granted the 4S stamp. 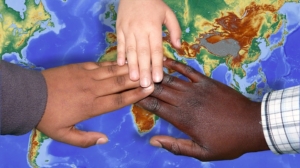 What to do after a minor car accident: injury, compensation, insurance, and...
Scroll to top
We use cookies to ensure that we give you the best experience on our website. Click to consent to the use of this technology across the web. You can change your consent choices at any time by returning to this page/website.I ACCEPTPrivacy policy