You are here: Home1 / Blog2 / News3 / 10 of the craziest personal injury compensation claims in the media

10 of the craziest personal injury claims 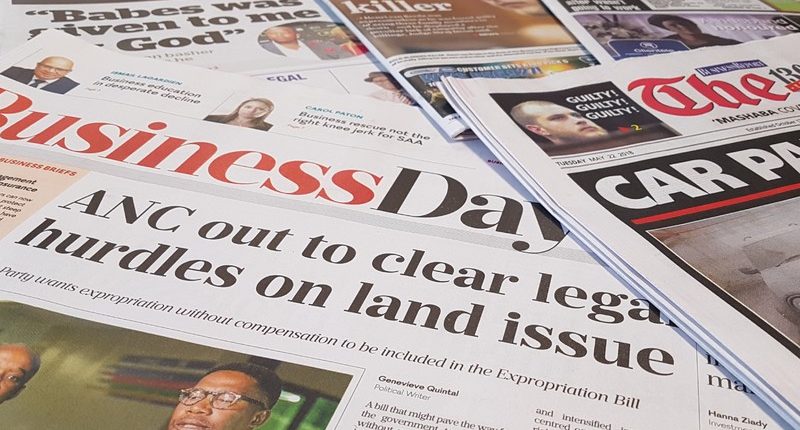 Do you know that the most common cause of personal injury claims that solicitors see are road traffic accidents? Traffic accidents account for nearly 50% of all injuries mostly consisting of broken bones, whiplash, concussion, or more severe injuries. Accidents in public spaces especially trip and fall incidents account for about 20% of injury cases then workplace accidents make up the majority of other injury claims (HAS Report 2016).

In solicitors terms: a personal injury is a legal term for an injury to the body, mind or emotions, as opposed to an injury to property; the injury is usually the fault of someone else or an organisation. In many cases, the injured party is entitled to compensation for damages.

The causes of injury that are listed above are familiar, but outside of the ‘norm’ personal injury claims are becoming increasingly reported in the media —as many of these cases are now ending up in court. (Despite what may be reported, fraudulent and exaggerated claims are dismissed in the court system and there are rules of thumb guides to determine compensation payouts.) Often this fuels the ‘compensation culture’ perception around injury cases especially in the USA where it is more common to find unusual or excessive injury claims.

The most talked about personal injury lawsuit in USA history was 1994, Stella Liebeck v. McDonalds Restaurants. This case now has almost become the stuff of urban legend with many eccentric versions of the event recalled. Mostly remembered as — “A woman spills a cup of coffee on her lap, and ends up getting big bucks in court”.

In this case, Stella Liebeck, an elderly woman who was awarded $2.9m in damages by a jury after spilling a cup of hot McDonald’s coffee on her lap, scalding her legs. This was “the original coffee liability case” and many suggest this is when the media coined the term ‘compensation culture’.

When the focus is given to the headline of a case rather than the facts, it would — but, arguably incorrectly — seem that we are living in a compensation culture. Outlined below are good examples of such compensation cases, with my own headline take (excuse the puns!).

So naturally we’ll start with another coffee case, in the list of the 10 craziest personal injury cases in the media:

Starbucks, would you like a coffee with that injury?

Two lawsuits against the Starbucks coffee company were featured on the U.S. Chamber Institute for Legal Reform’s Top Ten Most Ridiculous Lawsuits of 2016 list. In the first case, the plaintiff filed for legal action over Starbucks lattes for not containing enough java — claiming that there is a quarter of an inch of steamed milk instead of coffee.

In the second case, a Chicago woman sued the company for putting too much ice in the……iced coffee. Usually, Starbucks don’t lose these cases but the company did lose a case in Florida that cost them $100,000; the plaintiff ordered a coffee from a drive-thru in Jacksonville, the lid popped off the coffee cup spilling the boiling liquid over her lap giving her first and second degree burns. So, it seems, over 20 years after Liebeck V McDonalds, a coffee case is still worth going to court over.

Another unusual Starbucks court case happened in 1999 when a man from Toronto had an embarrassing mishap in a Starbucks bathroom, he got his manhood pinched while turning to reach the toilet paper at the back of the toilet and deemed the accident to be the result of an improperly installed toilet seat. He sought $1 million for himself and $500,000 for his poor wife.

Come to think of it, if you look at their past court cases, Starbucks really have been sued for everything from sexual harassment to poisoning lattes. Wonder if the company has a good litigation team!

One closer to home, a van driver was injured when a gust of wind caught the mattress he was carrying; the mattress shot up in the air and carried the man 12ft before being dumped onto the ground. Unfortunately, he didn’t have a soft landing and ended up with a back injury after his fall. The defendant contended that the incident was an act of God, and they did not have a duty to be watching the weather at all times.

On the other hand, plaintiff alleged that there was inadequate training for the task of delivering mattresses, this is a justifiable means to receive compensation for a work related injury (read more about accidents due to inadequate training here. The case was settled by the high court for €380,000 euro, to compensate for the loss of earnings. 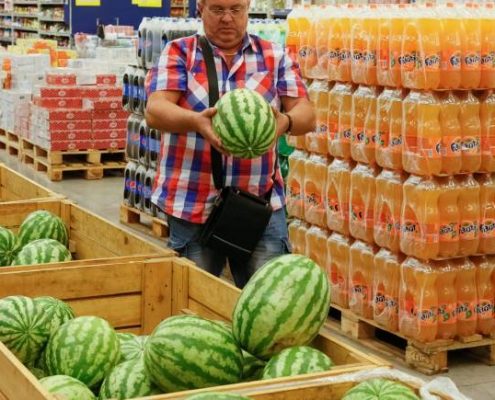 A man in Alabama successfully sued Walmart for $7.5M over a Watermelon injury. Henry Walker broke his hip and foot while reaching for the large fruit that was stacked on top of a large pallet; his foot got caught in the pallet causing him to fall over. The case was won on the bases of the lawyer arguing that the pallet should have been covered to make the display safer.

Henry Walkers’ attorney said, “You don’t expect to go into a grocery store walking fine on your two feet and come out on a stretcher”. You can read more about supermarket accidents here.

In another fruit case, a policewoman in Glasgow suffered an injury from a pineapple, she was struck by the tropical fruit missile during a protest over a swimming pool closure.  Tracey Ormsby attempted to claim for £1.5 million for personal injuries sustained. She alleged that her superiors mishandled the operation that resulted in her developing major depression, post traumatic stress disorder (PTSD), anxiety and panic disorder; she retired from the force on medical grounds in 2004.

Judge Lord Malcolm said Miss Ormsby had “exaggerated” her disabilities and consistently “misled” doctors who examined her. The judge then sliced her claim down to £3,000. The Moral of the story is beware of exaggerating claims and beware of tropical fruit!

Another well known chain was hit with claims for excesses, two customers sued McDonald’s because of unwanted cheese on their quarter pounders: the lawsuit claims that McDonald’s are unfairly profiting from the customised no cheese quarter pounders. The No Cheese claim is for a mouth-watering $6.5 million.

The issue started when McDonald’s removed the plain quarter pounder (no cheese) from their menu, this meant that customers had to request no cheese on their burger and still pay the listed price. According to the lawsuit, Ms Kissner and Mr Werner “have suffered personal injury as a result of their purchases because they were overcharged” by being forced to pay for cheese that they did not want. Thankfully, the case was dismissed, as it wouldn’t be ideal if we couldn’t customise our takeaway orders if you wish to!

Jennifer Connell was branded “the worst aunt ever” for taking her young nephew to court after a hug gone wrong. She claimed that her nephew Sean Talara acted unreasonably when he leapt into her arms at his 8th birthday party in 2011. In the case, Ms Connell argued that the boy was forceful in his approach which caused her to fall over and hurt her wrist. Ms Connell demanded compensation of $127,000 for her injuries. It took the jury 25 minutes to conclude that Sean Tarala was not negligent in his aunt’s wrist injury: she was awarded $0.

In TV appearances after the incident, Connell maintained that the lawsuit was ‘just a formality and she wasn’t going after her nephew for the accident but trying to lodge a homeowner’s insurance claim.  Does she deserve any hugs after that? 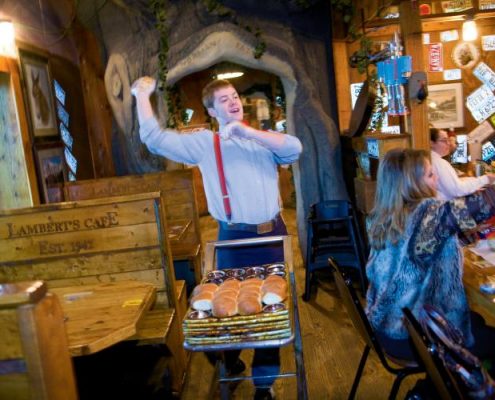 Lambert’s Café, in Missouri, USA is known as the “Home of Throwed Rolls” where it’s common practice to throw bread rolls to customers. But unfortunately, one dinner roll went out of control and hit Troy Trucker, causing her injury in sept 2014.

After being hit with the dinner roll, Troy Tucker sued the Café claiming to have suffered a “lacerated cornea with a vitreous detachment and all head, neck, eyes, and vision were severely damaged”. Tucker sued for medical bills in the region of $25,000 after her assault by the baked bread. Makes you wonder — what kind of country is it when a restaurant can’t toss a freshly baked dinner roll at a person’s head?

A gravedigger in Birmingham was awarded £65,000 compensation after falling into a plot he had dug. He was digging away in the ground when it crumbled beneath him because of a burial chamber collapse. The man injured his knee in the fall. The case was won as it was concluded that the council did not provide a safe system of work.

In a different incident in Ireland but with similar circumstances, a gravedigger slipped on ice after a funeral, the fall resulted in a fracture to his ankle. He was awarded over €50,000 by a High Court Judge, mostly to compensate for loss of earnings as he was unable to work for eight months. The council, who was also the injured man’s employer, was held accountable in the case on the basis of not providing a duty of care/safe work environment; as the paths around the graveyard were slippery from ice and had not been salted.

In a public liability case, a retired artist from Wandsworth secured £20,000 compensation following injuries sustained when she fell on wet pigeon excrement, she slipped on the droppings while walking under a railway bridge. The lady fractured her arm in the fall. She said that other residents had complained in the past about the problem pigeons. She sued the railway and the council for not cleaning the area.

A similar case happened in Dublin, Ireland. A woman who slipped on pigeon droppings at the open air restaurant in which she worked at Dublin’s Heuston Station, was awarded almost €25,000 damages against the CIE.  I guess, one day you’re the pigeon, one day you’re the statue (Diane Sawyer). 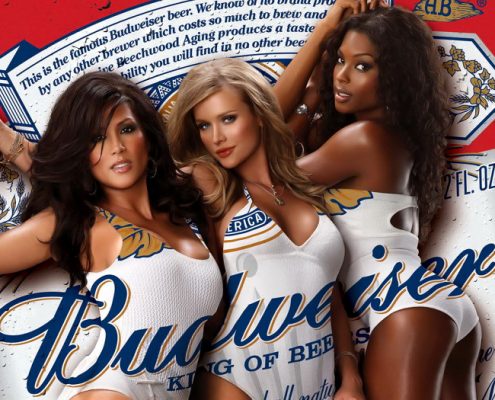 In 1991, Richard Overton filed suit against Budweiser (Anheuser-Busch Company) claiming that the company had violated the pricing and advertising act (PAA). Budweiser had shown a TV ad demonstrating ‘tropical settings, and beautiful women and men engaged in unrestricted merriment’, Overton suffered damage as a result of the fictitious scene not materialising in his own life — the advertising is deceptive and misleading because it falsely suggests that Budweiser beer is the source of fantasies come to life.

He sought damages to the sum of $10,000 for physical and mental injury, emotional distress, and financial loss. The case was dismissed.

Although some of the above cases are a little controversial, others are based on legitimate fact. What are your views on the above cases? Have you ever heard or experienced an unusual claim?

Mortgage Solicitors: 1 in 5 people could save thousands on their mortgage&#...

Personal Injury Solicitor joins Gibson & Associates’ Letterkenny...
Scroll to top
Investor Guide Download
We use cookies to ensure that we give you the best experience on our website. Click to consent to the use of this technology across the web. You can change your consent choices at any time by returning to this page/website.I ACCEPTPrivacy policy