You are here: Home1 / Blog2 / News3 / Our recent survey on ‘New mothers mental health’ which is featured... 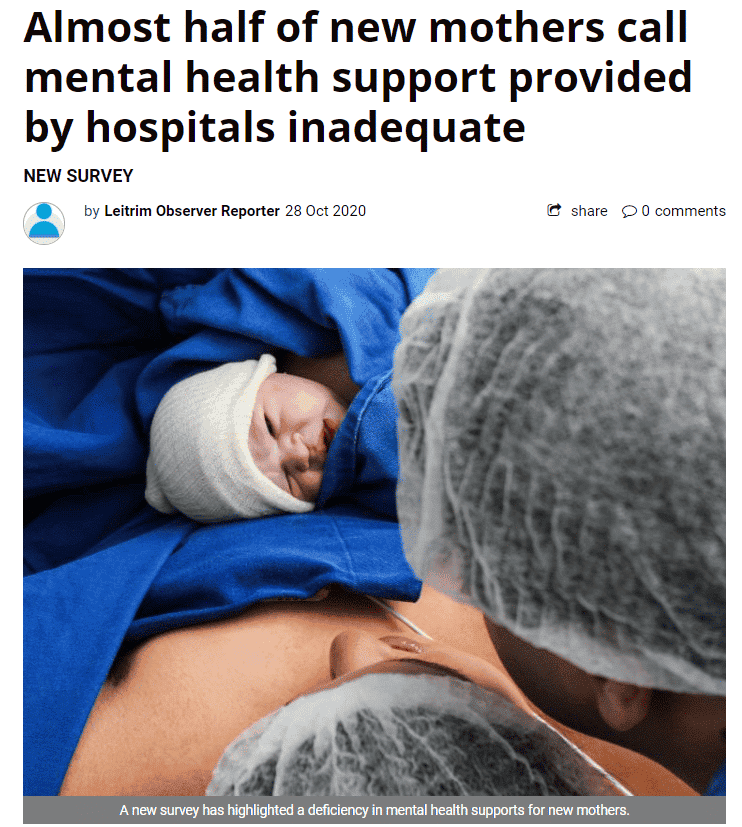 Almost half of new mothers in Ireland believe the mental health support they received before, during and after giving birth was inadequate, the findings of our new survey have revealed.

When questioning more than 500 mothers about their birth experience, it revealed that 49% did not think they were given enough mental health support in the lead-up to, or immediately after giving birth. Only 29% of new mothers said they did receive adequate mental health support, while 22% said ‘I don’t know’.

In addition, the findings of the survey revealed that while over half of new mums in Ireland believe they were given enough information and explanation on recovery after giving birth, 39% said they were not.

Reason behind the initial survey resulted from the Managing partner Amanda Walsh who instigated the difficulties that many women felt after giving birth. In essence the survey was to see if the new mothers were getting the treatment that they needed. Postnatal depression is a real thing and should be given the attention it deserves by medical professionals.

It is evident that a negative birth experience can be extremely traumatic and have long-lasting effects on both the mother and child. Many women who have experienced a traumatic birth can suffer mentally as a result, which can impact their ability to form a relationship with their child. It is therefore essential to new mothers that help and protection is provided to deal with the effects.

Have You Been the Victim of Unfair Dismissal? Ireland

What Are the Top 5 Work accidents Claims*?
Scroll to top